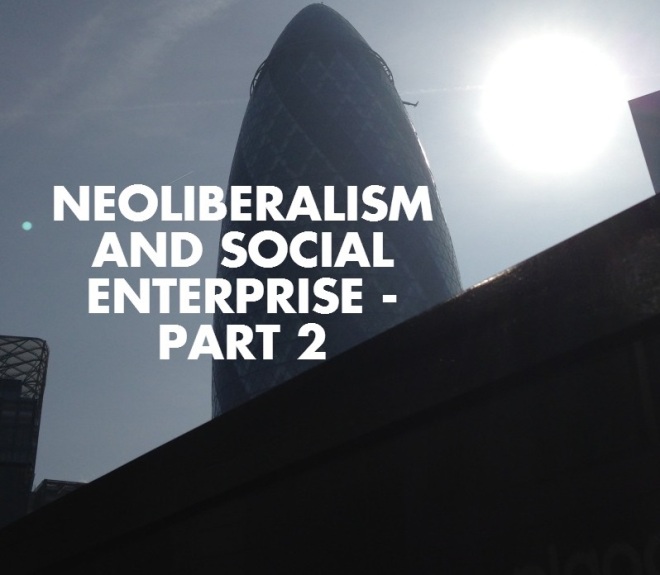 My first post examined some forthcoming research which suggests the development of the social investment market may be entrenching neoliberal language and logic into the Third sector. In this post I look at the equally contentious idea that government policy is also helping to embed neoliberal thinking in to the Third Sector.

No such thing as society?

With its emphasis on free trade, privatisation and deregulation, neoliberalism is said to be the driving force behind the increasingly individualistic nature of Western societies. An individualism which seemingly reached its zenith when Margaret Thatcher famously declared ‘There is no such thing as society’. For economist such as Hayek and Friedman, this is actually a positive thing.

Both argued that moving away from centralised control of economic activity empowers individuals, and their supporters have since presented numerous examples of how increased economic freedoms have lead to pressure for increased political freedoms, particularly within developing economies. Freedom…